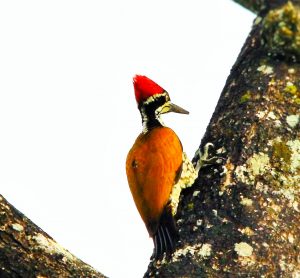 Shade-grown Eco-friendly coffee Plantations in India is a part of the Western Ghats, recognized the world over as a hotspot of biodiversity. Coffee Plantations extending thousands of hectares provide an ideal habitat for a number of wildlife species, both resident and migratory. Birds in general play different roles in any given ecosystem. Birds help maintain […]

At the outset. We would like to inform the readers that we have worked on the bird biodiversity of eco-friendly Indian Coffee Plantations for over three decades. This has resulted in the publication of our first volume, titled Eco-friendly Shade Coffee, in the year 2009. We have recorded more than 125 species of birds inside […]

We have extensively written on the role of various pollen vectors involved in cross-pollination inside coffee forests. Having sufficient understanding of these pollination agents enables the coffee Planters to maximize both productivity and quality of multi crops. That apart, we often overlook a very important aspect of raw honey that is abundantly available inside the […] 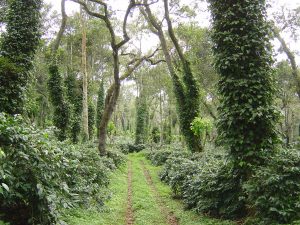 Soil health reflects on many aspects of the Nations well-being and is a key factor in determining the food security of the globe. Yet this very important aspect of soil health is poorly understood. We have made an honest attempt to think out of the box, being fully aware, of the limitations, inside of the […]

We had written an article, titled Stimulation of soil microflora inside coffee plantations in the year 2009. (March 1, 2009). In this article, we had mentioned the results of our experiments conducted for over a 5 year period on the effect of human urine on the growth and development of the coffee bush. A one-acre […] 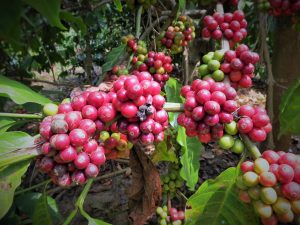 There is no denying the fact that Coffee soils in India are rich in nitrogen, but the paradox is that most of it is in the unavailable form. Second, Nitrogen is the most imperative element for proper plant growth and development of the coffee bush. Third, nitrogen plays a pivotal role in significantly increasing and […]