Flowering in coffee is a spectacle to be experienced. During coffee blossom one can witness thousands of acres bedecked with white flowers, emanating a beautiful scent with the dancing of honeybees and butterflies. The entire flora in the region assumes a white hue as the coffee flowers overpower every other color. It is like the jewel in the crown of coffee planters. Flowering presents a unique image of the coffee plantation. It is a treat for one’s eyes. 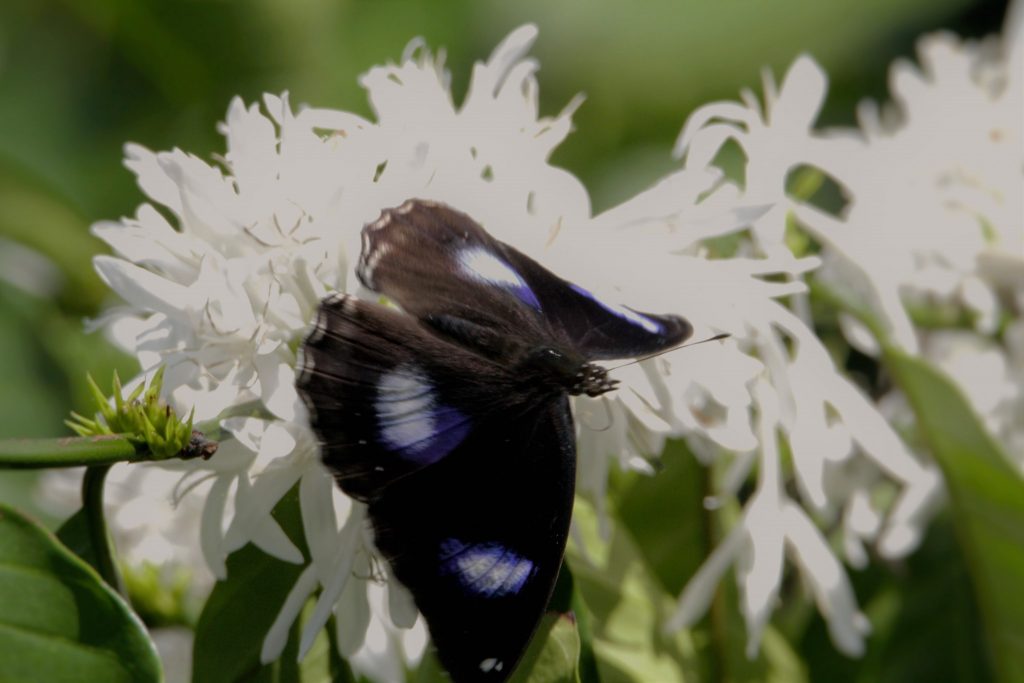 The Coffee forests are known to harbor all types of butterflies, some of them so rare that they are found nowhere else on Planet Earth. A few are endemic and the others widely distributed throughout the Coffee Agro climatic regions. Butterflies are highly active during the day and can be seen fluttering around from 10.00 in the morning up to 4.00 in the evening. They are gifted with an excellent vision but have a weak sense of smell. Unlike bees, butterflies can see red.

Butterflies provide aesthetic appeal and are connected with all plants and crops at all stages of their life cycle. Few are aware of the crucial role the butterfly plays in pollination of a large portion of economically important crops and flowering plants, which is second only to the honeybee. They pollinate about 75 per cent of staple crops in the world and 80 per cent of all flowering plants. The economic value of pollination is about $ 200 billion. Scientific studies have proved beyond doubt that pollinators account for 12% of the value of worldwide agricultural production.

Pollination is an essential ecological mechanism which helps maintain the Planet Earth’s biodiversity and the food security of the world. It is interesting to note that globally, pollination services are likely worth more than 4 trillion dollars. 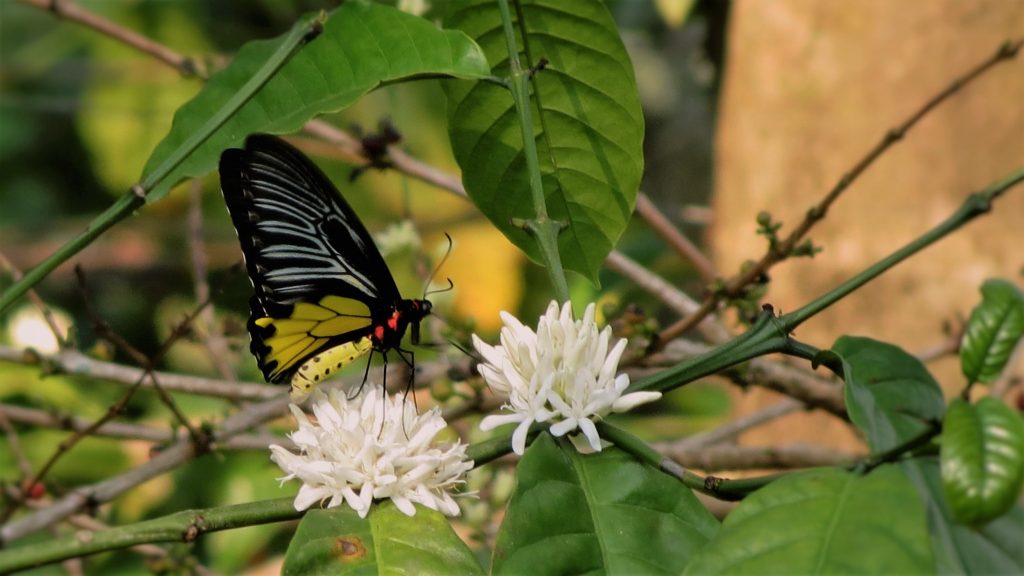 Even though honey bees are the major pollinators worldwide, over three quarters of the world’s food crops depend at least in part on pollination by insects and other animals. Butterflies, flies, moths, wasps, beetles, birds and bats are also actively involved in pollination.

Many butterflies emit scents that attracts the opposite sex. These scents often smell like the flowers that they are attracted to and hence keep visiting them often and this in turn aids in pollination.

We also need to realize that butterflies are in plenty inside the coffee ecosystem but are less efficient than bees when it comes to coffee pollination. This may be due to the fact that they lack specialized structures for collecting pollen. Nevertheless, they have their strength in numbers, there by playing a significant role in pollinating coffee and multiple crops associated with coffee. 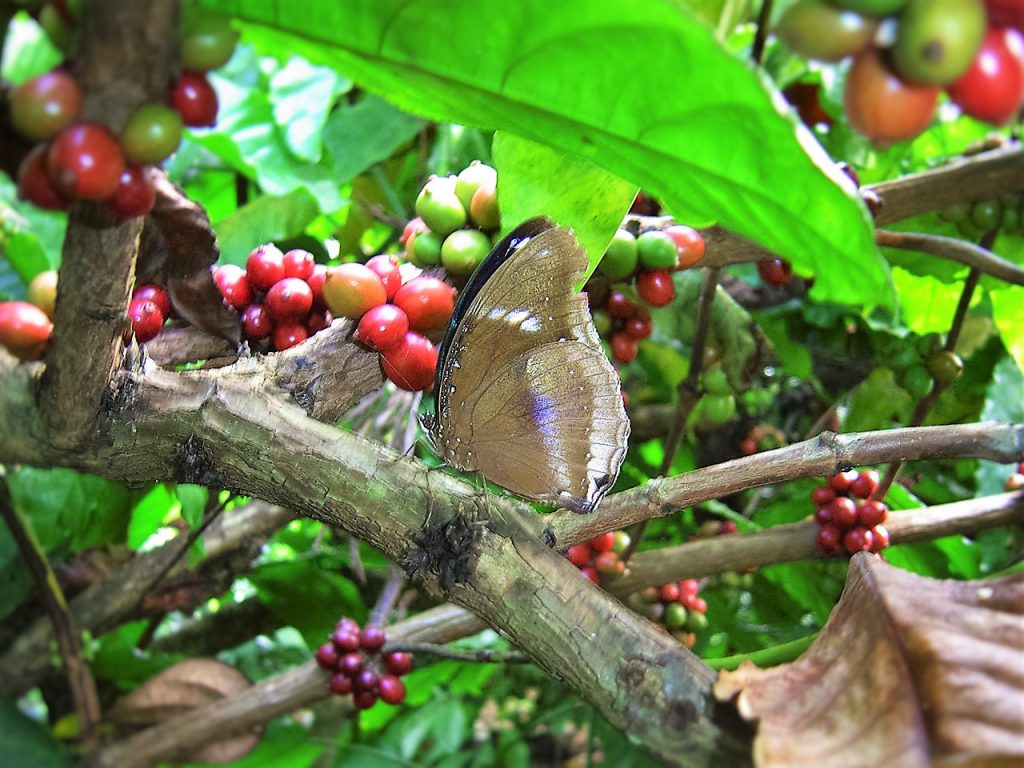 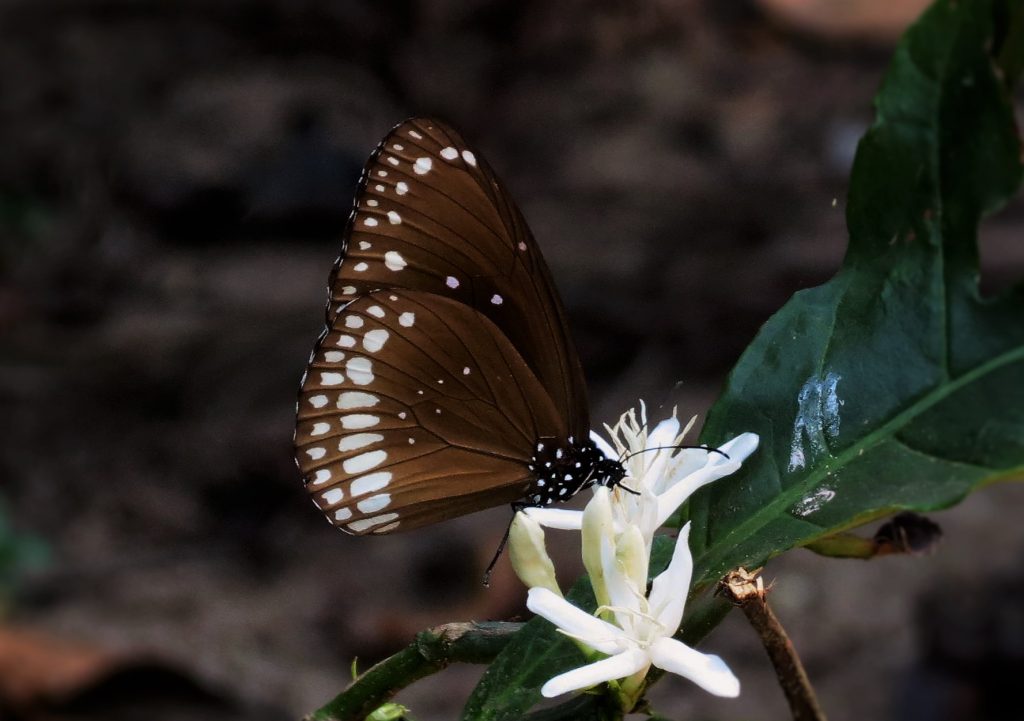 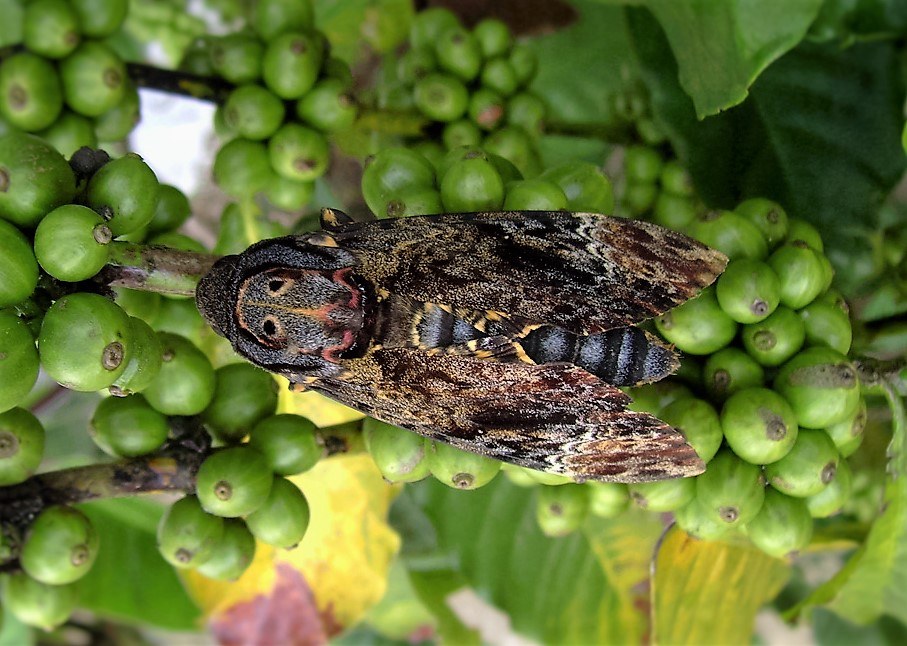 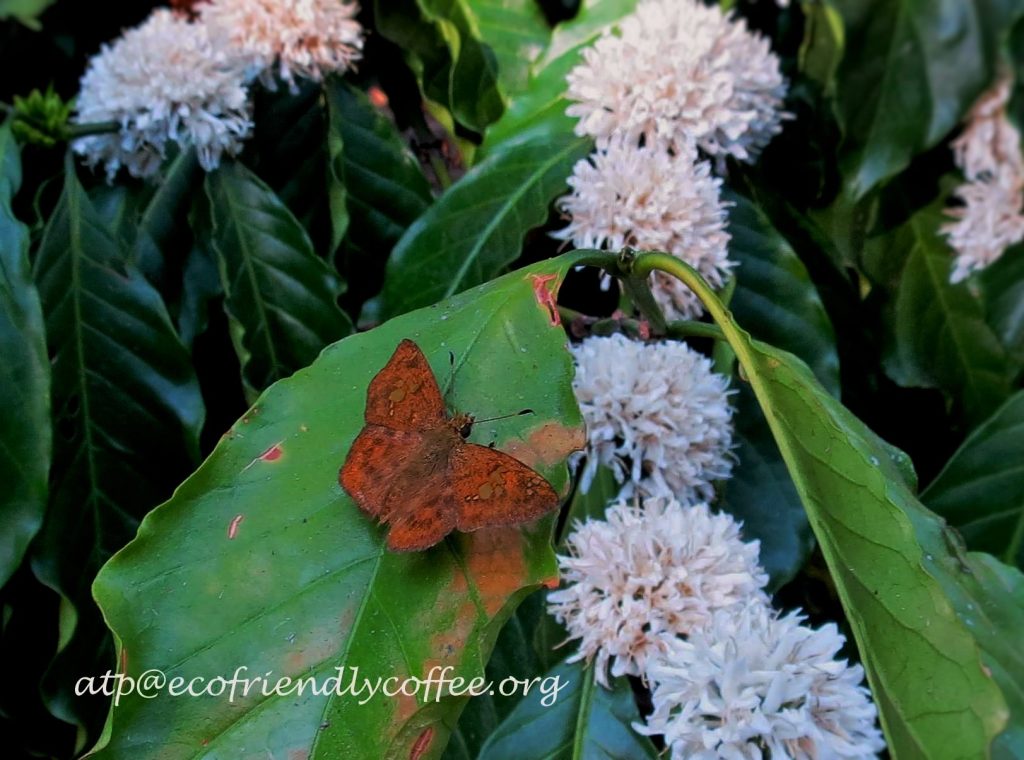 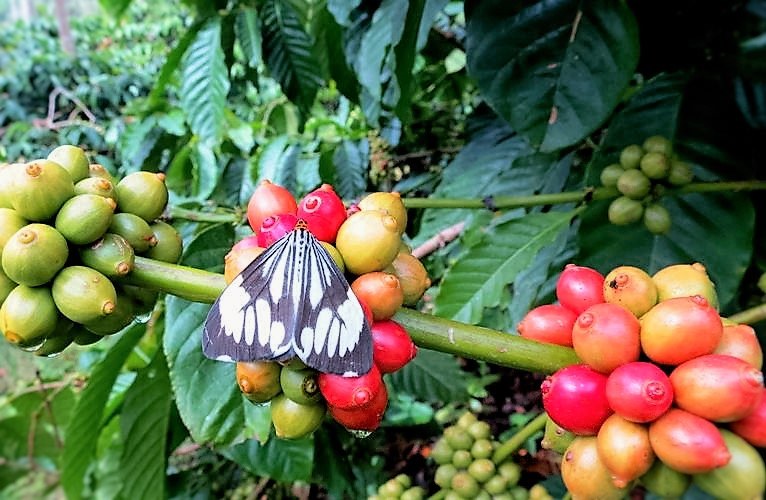 Maintains genetic diversity within a population.

Play an important role in food chains and food webs.

Butterflies are very sensitive to pollution and have been used as bioindicators to detect the pollution levels. 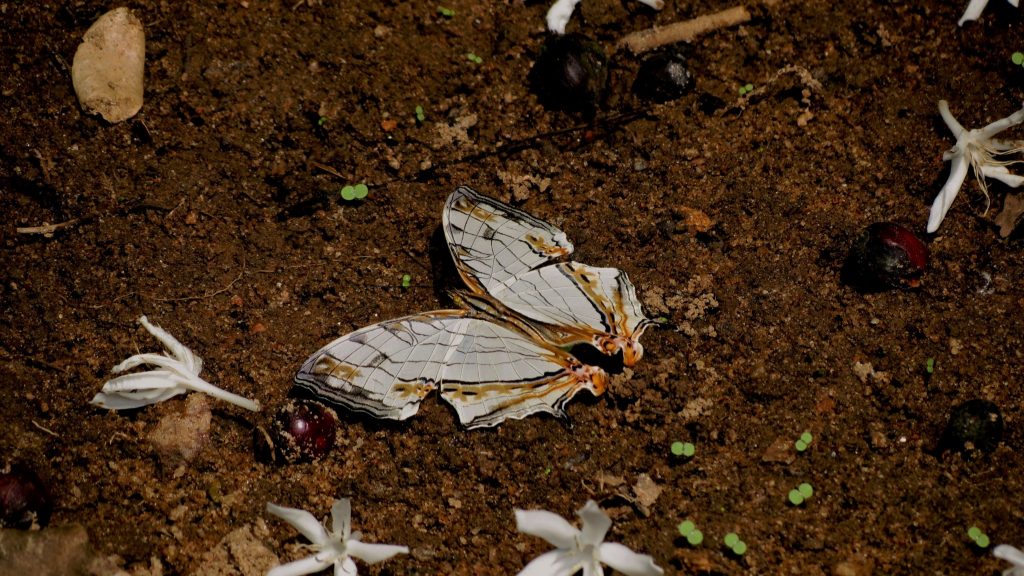 Regulating the Carbon dioxide levels in the atmosphere

Purification of water and soils.

We have tried to map the butterfly diversity in our Plantation for the past many years. Since the Plantation is a part of the Western Ghats and is surrounded by evergreen tropical forests, we have come across many rare and endemic species richness and abundance.

Our observation also points out that coffee blocks having more number of native tree species have more species richness, compared to blocks planted with silver oak. We also noticed that butterfly species are found throughout the year on the Plantation because of a mix of multiple crops and fruit bearing trees. 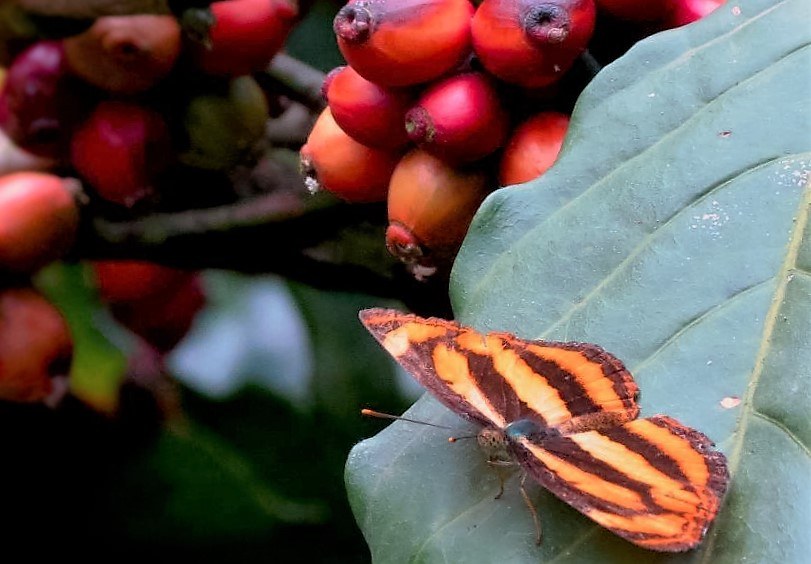 The Intergovernmental Science-Policy Platform on Biodiversity and Ecosystem Services (IPBES), published their findings (March, 2016) on the first global assessment of pollinators and warn that unless action is taken to curb human activity affecting thousands of species of pollinators, food as we know it is at risk.According to the report – which analysed several local and regional studies on pollinator threats – an estimated 16 percent of vertebrate pollinators are threatened with global extinction.

“Wild pollinators in certain regions, especially bees and butterflies, are being threatened by a variety of factors,” said Sir Robert Watson, vice-chair of the IPBES and former chair of the Intergovernmental Panel on Climate Change. “Their decline is primarily due to changes in land use, intensive agricultural practices and pesticide use, alien invasive species, diseases and pests, and climate change.”The researchers say sustainable agriculture, including practices based on indigenous and local knowledge, would help to ensure more pollinator species don’t go extinct. 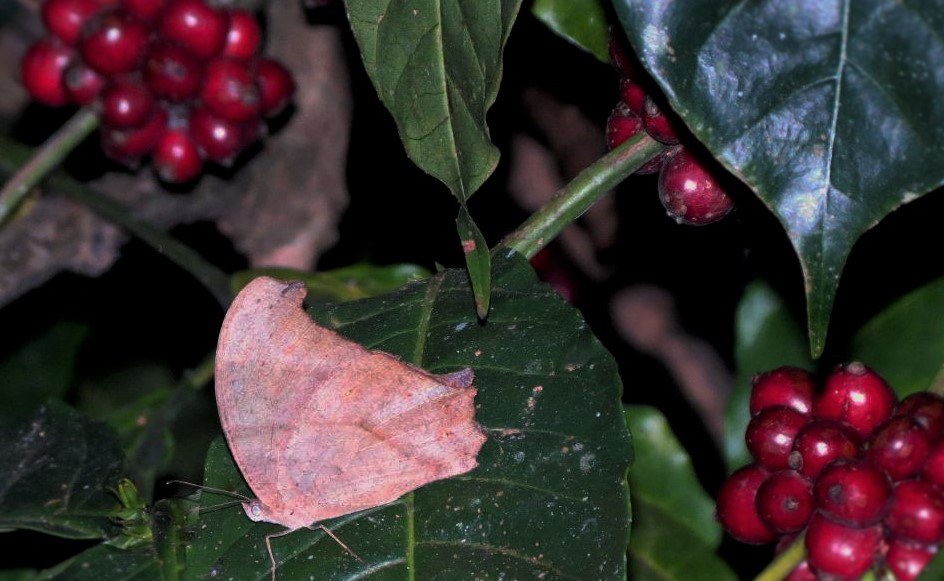 To achieve this, they recommend maintaining a greater diversity of pollinator habitats; supporting traditional practices that manage habitat patchiness, such as crop rotation; decreasing the use of pesticides; changes to bee husbandry and commercial pollination practices; and public education and awareness campaigns.

“Without pollinators, many of us would no longer be able to enjoy coffee, chocolate, and apples, among many other foods that are part of our daily lives,” said Simon Potts, a biodiversity and ecosystems scientist from the University of Reading in the UK, and co-chair of the new assessment.

In spite of butterflies being protected by International and National laws, butterfly smuggling is rampant in India, especially from the Western Ghats. Lack of expertise in the identification of butterflies (Endangered, Rare, Threatened Species) helps smugglers get away. Such lacuna in the system needs to be corrected with immediate effect. Trade in endangered species (including wildlife) is worth an estimated 15 billion dollars a year.

Our Children, Payal and Nihal J Pereira with the help of posters and miniatures are creating an awareness programme in and around the coffee zones; educating the local farmers to resist the temptation of butterfly smuggling. Parents can play an important role in inspiring their children to be guardians of nature. 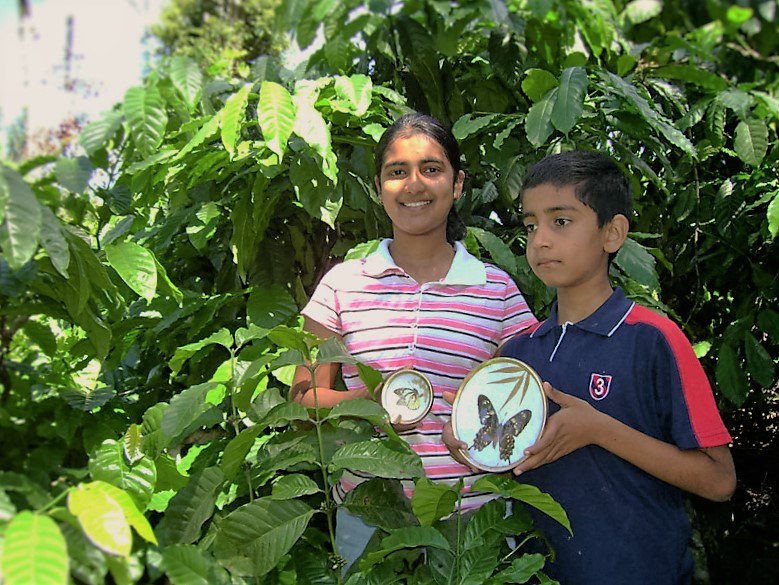 Pollinators vital to our food supply