You are here: Home / Biodiversity / Lapwings and Ecofriendly Shade Coffee

Lapwings are one of the most striking birds inside Ecofriendly Shade Coffee because  of their distinct large eyes and a red flashy wattle in front of each eye. Males and females are similar in plumage.

These birds are usually found in pairs, in almost all Agro climatic Zones of coffee, but many pairs can be observed living in close proximity to each other. They prefer to spend time near ponds, lakes, river beds, streams, marshy areas and dry bed of tanks and puddles. The characteristic feature of these birds is that they can be found in aquatic , semi aquatic , grassland, and open clearing habitats.

Traditional wisdom states that the villagers looked for lapwings eggs not for consumption but as a early sign of rains. It is believed that the laying of eggs by the lapwing on high ground was an indication of good rains to come.

In parts of India, a local belief is that the bird sleeps on its back with the legs upwards and an associated Hindi metaphor Tithiri se asman thama jayega (“can the pee-wit support the heavens?”) is used when referring to persons undertaking tasks beyond their ability or strength. 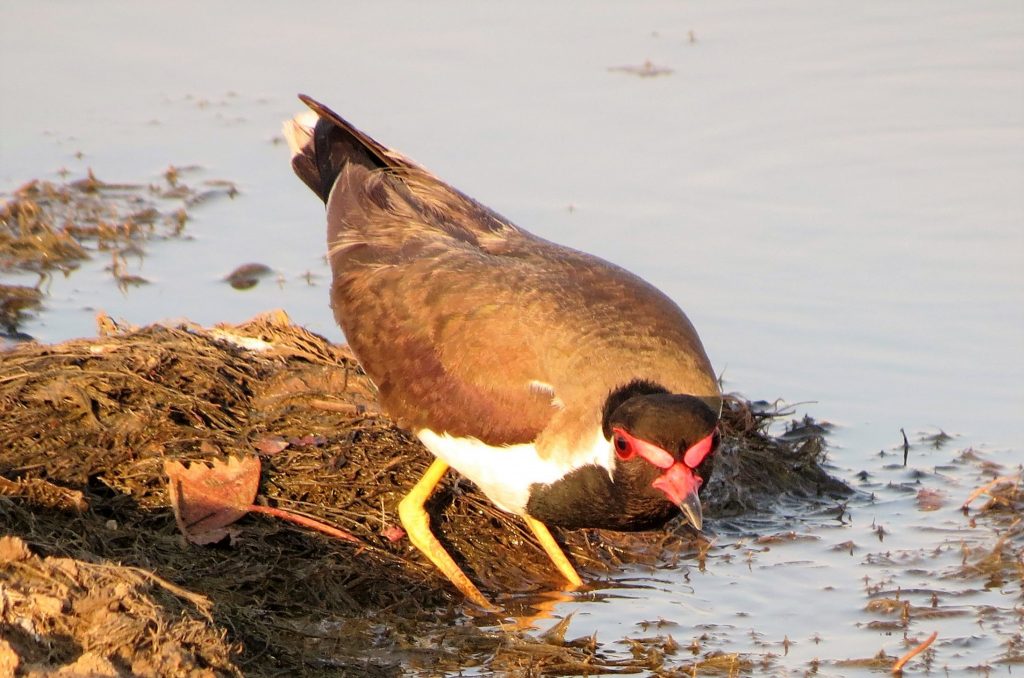 This article briefly dwells on the dwindling habitat of lapwings and the conservation measures needed to protect and safe guard their numbers. The key goal here is to help policy makers understand that Ecofriendly shade coffee with its range of land management options is the key to biodiversity conservation.

We also need to realize that different species of wildlife has complex requirements for breeding, nesting and feeding. Scientific habitat management with appropriate changes in the package of practices can play an important role in improving habitat quality and increasing biodiversity. In fact, it is pretty easy to modify the coffee ecosystem through a range of land management options, that will positively impact both coffee and biodiversity.

We have highlighted the many benefits of ecofriendly Indian Coffee mimicking the forest and all biotic partners living in close harmony with nature. In this article we would like to suggest ways and means by which Coffee Planters, with multiple land management options along with  minor changes in their Agri environment schemes can significantly improve the breeding densities of not only lapwings but also wildlife associated with coffee. It is not as easy as it sounds. It needs a concentrated effort from the Planting Community to achieve a fair degree of conservation.

One way of protecting the original habitats of wildlife and their higher productivity is to retain a small percentage of the Coffee Farm as original forest cover, without any form of cultivation. Another way of going about it is that the Coffee Planting community through their various Associations should be permitted to secure a long term lease of grass lands and marginal Government Lands and help build up a forest cover without any commercial crops. This Agro forestry initiative over the years will be a safe haven for all forms of wildlife. 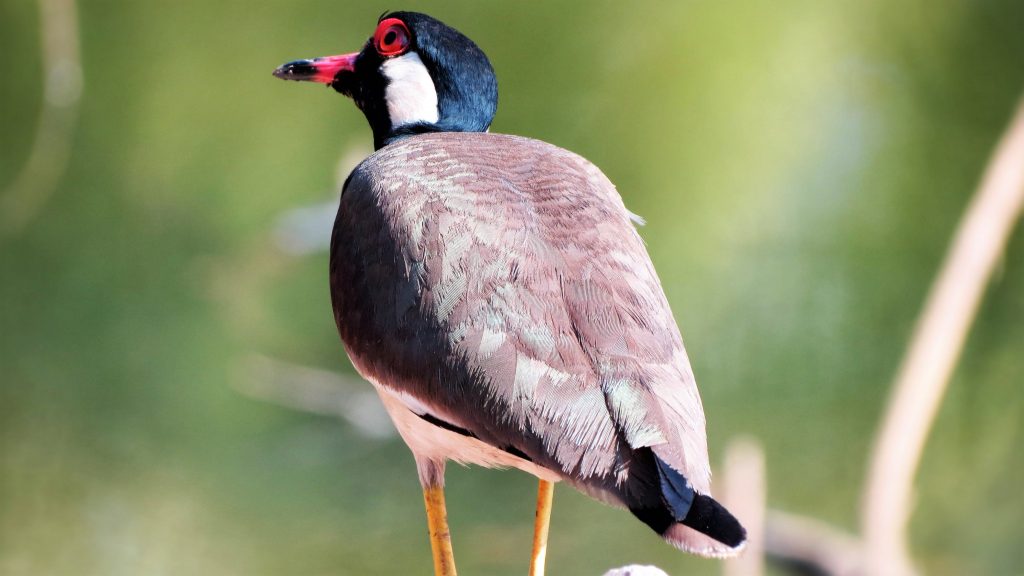 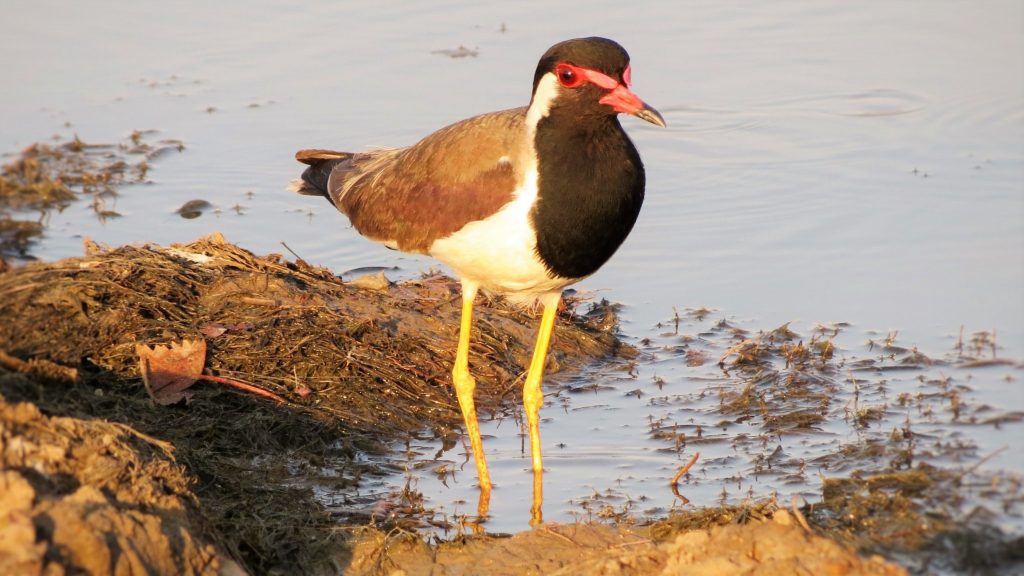 Over the past 10 years or so , Lapwing numbers have decreased in most ecofriendly coffee Plantations. These declines are attributed to many factors. The most significant decline has been driven by large scale changes in the packages of practices adopted by the coffee Planting community.

Recent agricultural intensification, due to acute shortage of labor, has resulted to the farming community resorting to wide scale application of weedicides and other over use of chemicals to control grass and weeds not only inside shade coffee but also on marginal lands. Another important aspect for the decline in bird populations is draining of wet lands and converting them into oil palm plantations. 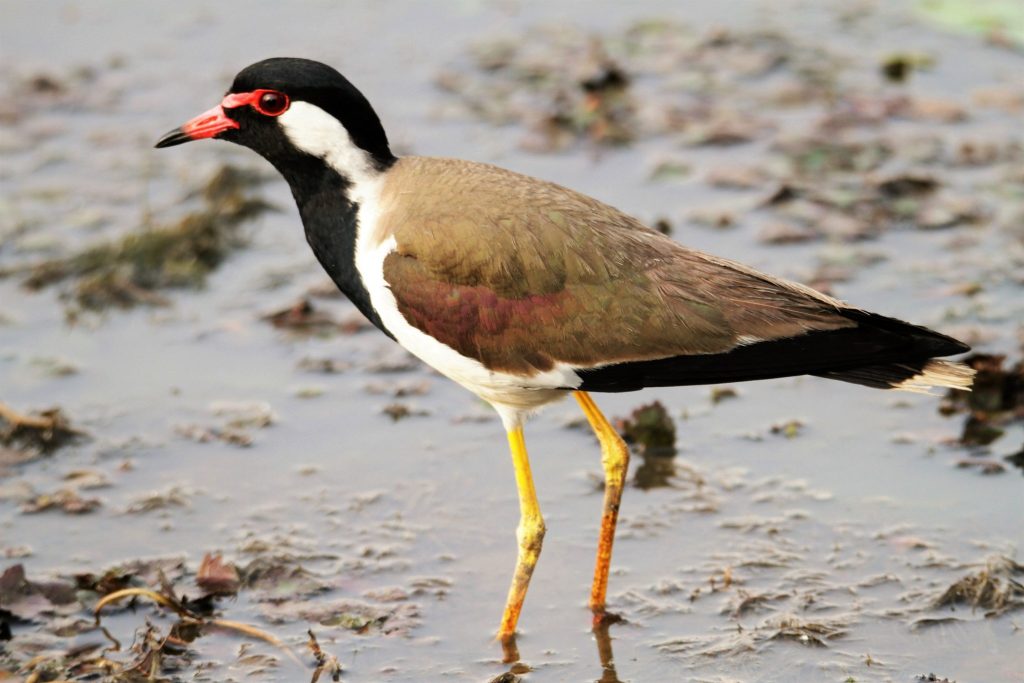 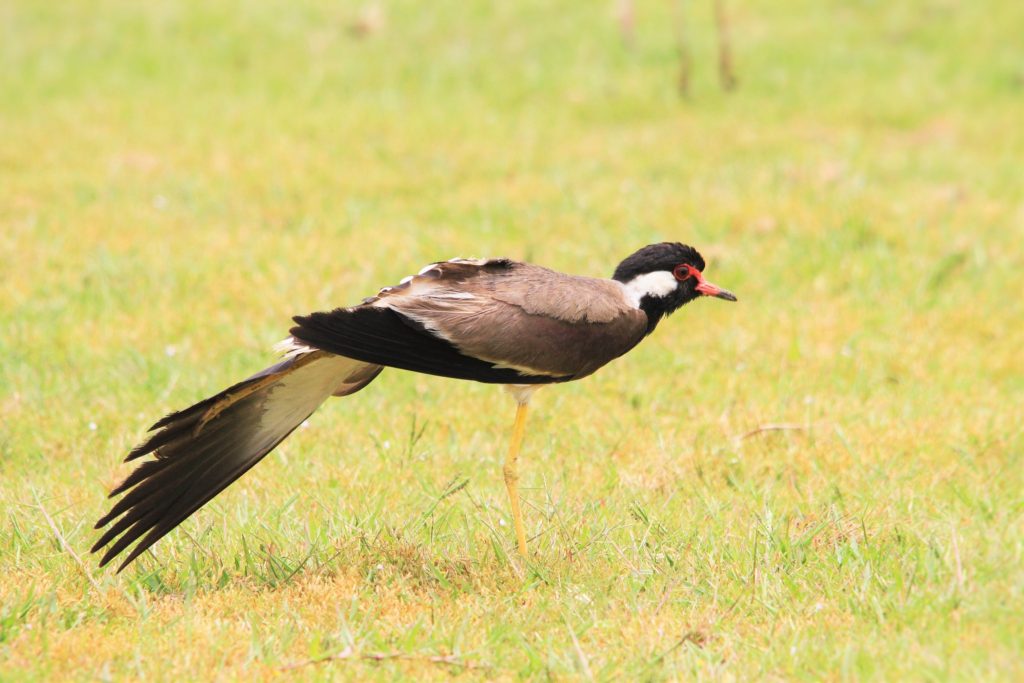 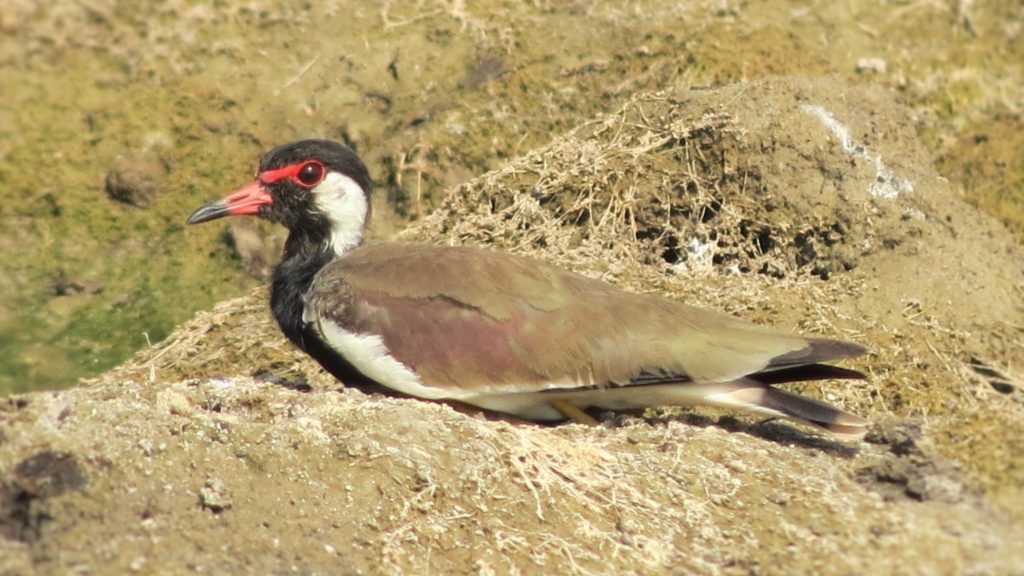 Also the indiscriminate use of pesticides and synthetic fertilizers has also taken a toll on the Lapwing population. Another sharp and sustained decline started in the early 1990s, when the Coffee Board permitted Free Sale Quota to the Planting Community. This opened up vast tracts of forests and marginal and grass lands into coffee farming and in the process destroying prime lapwing habitats. It did not stop here. This was further followed with the intensification and specialization into cash and multiple crops like ginger, Arecanut and other allied crops. In simple words, intensive agriculture with the increased use of Agro chemicals has resulted in much of the ideal habitats of lapwing nesting becoming unsuitable for nesting. We are also aware that the more subtle consequences of habitat modification are not easily detected. 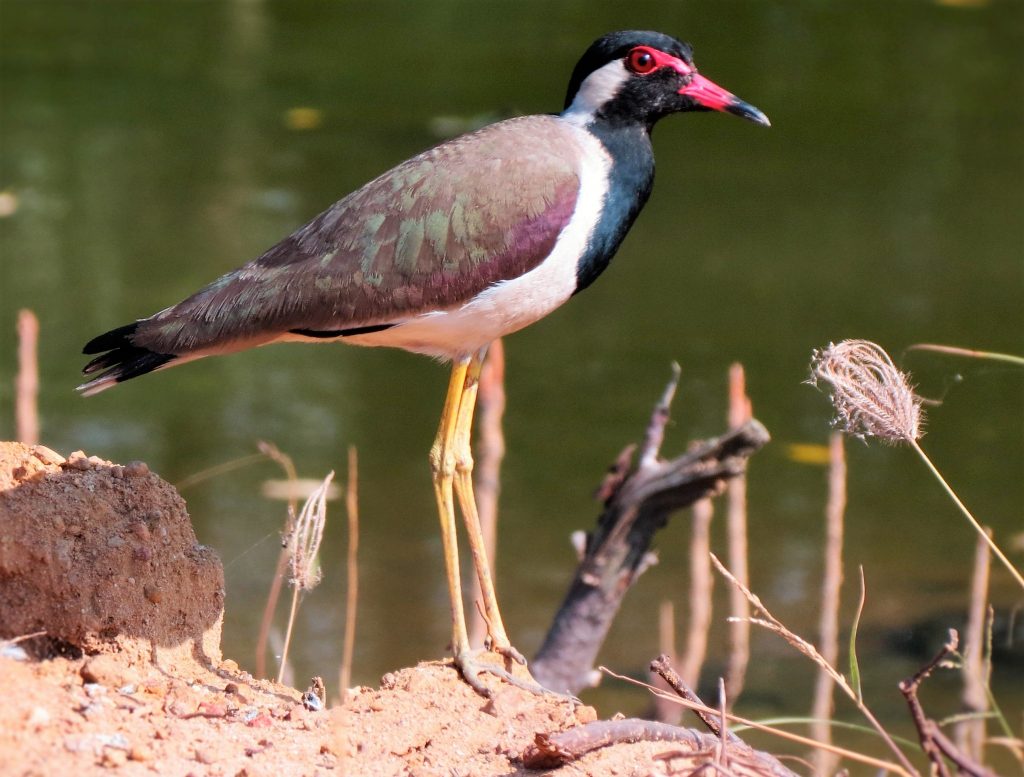 We have also noticed in our own farm as well as surrounding Plantations that Lap wing densities significantly increased when the farm had more number of water bodies like lakes and ponds. The tank bunds  acted as ideal breeding grounds for lapwings and also protected the young ones from predators. Ultimately habitat suitability will be a key factor in determining the success rate of lapwings.

Over the years, Joe’s Sustainable Coffee Farm has earmarked a part of the land towards conversion into ponds. This will not only improve the water security but will also provide an ideal ecological niche for all types of waders. 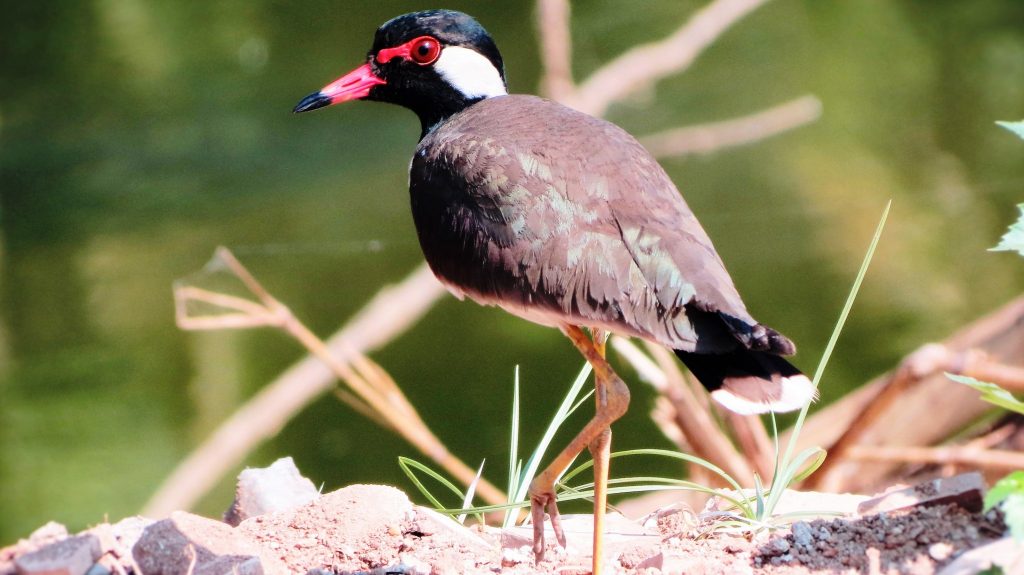