You are here: Home / Microorganisms / Role of Bacteria in Coffee Plantation Ecology

The true biologist deals with life,
with teeming, boisterous life, and
Learns something from it,
Learns that the first rule of life is living.
JOHN STEINBECK

To date we have written a dozen or more articles on the pro active role of microorganisms in shaping the destiny of the Coffee Mountain. However, off late we have received hundreds of e. mail requests from all over the globe, asking us to elaborate on the type of microorganisms carrying out these functions. Armed With a back ground of Microbiology and Horticulture, we have made an honest attempt to simplify the role of BACTERIA in coffee plantation ecology. 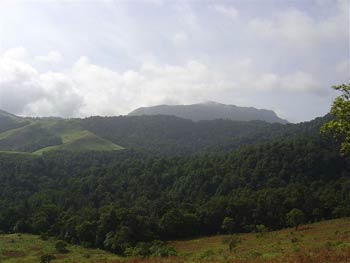 All living organisms are classified as either PROKARYOTIC (PRIMITIVE) or EUKARYOTIC (Higher forms of life) based on their cellular structure. Bacteria and blue green algae are grouped under prokaryotes and all other organisms are eukaryotes. Bacteria are unicellular microscopic or single celled organisms widely distributed in nature. The greatest benefit in studying bacteria is that it throws light on the evolution of simple cellular systems and the higher forms of life.

The primary purpose of writing this article is to help coffee farmers worldwide in understanding the basic premise on which BACTERIA operate and the ways and means of carefully exploiting their potential to maintain a perfect ecological balance within the coffee farm.

The coffee habitat provides a fertile ground generating a host of both macro and micro organisms. The bacteria are the most dominant group of microorganisms in coffee soils. The microscopic analysis of coffee soils shows that there is plenty of room at the bottom for the proliferation of different types of microorganisms because of the rich humus and organic matter content.

Among the different groups, bacteria are capable of harvesting atmospheric nitrogen, solubilisation of rock phosphate and in the transformations of various substrates resulting in periodic supply of available nutrients for plant growth and development. However, coffee farmers need to understand that the types of bacteria and their numbers are governed by the soil type and cultivation practices like addition of chemical manures, pesticides, poisons, type of tillage etc. In turn the activity of bacteria is influenced by the availability of nutrients, both in organic and inorganic forms.

Their numbers are very high in coffee soils with large number of trees compared to open meadows. This is due to the shading nature as well as greater root density and the abundant availability of soil organic matter. Due to the high organic matter content of coffee soils, bacteria decompose the organic matter and in the process acquire energy. 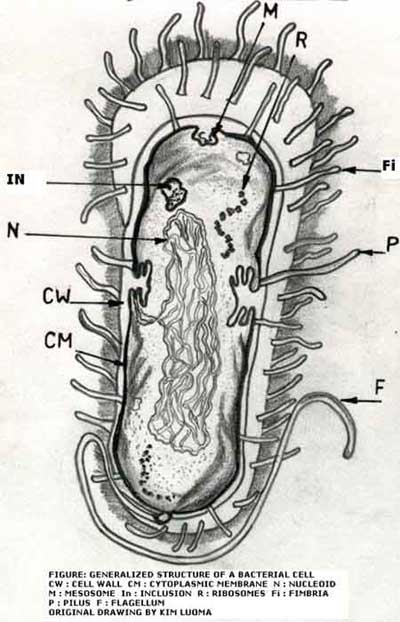 Bacterial cells are so very small that when you think of these fastidious and ubiquitous microbes, you need to think small. They are measured in microns and the equivalent of one micron is: one by thousandth of a millimeter. Hence one needs a fairly high powered microscope to observe these minute wonders. However, they have a remarkable advantage because they have their strength in numbers.

The population of bacterial cells in soils is always great. Due to their rapid growth and short generation time they can quickly act on various organic materials. In harsh environments lacking oxygen the bacteria alone are responsible for almost all the biological and chemical changes. Because of their very small size bacteria have a very high ratio of surface area to volume. Also, since bacteria are single celled microorganisms they absorb their nutrients through their cell membrane, there by exhibiting very high metabolic rates.

Fifteen million years of evolution has shaped the coffee forest and today their future is in our hands. Fundamentally, it has been an evolution of skills. The evolutionary ladder points out to the pivotal role played by microorganisms in adapting to harsh environmental conditions, formation of tripartite bonds, break down of complex polysaccharides into simpler molecules and in the process providing the energy needs of the biotic community. It is in this context that this article throws light on the role of microorganisms, starting with BACTERIA in transforming the coffee landscape into an evergreen rich forest. Among the different microorganisms, Bacteria are known to play a vital role in the distribution and supply of energy needs of the entire coffee mountain. Decomposition of almost all insoluble salts is mediated by one or the other group of bacterial communities.

DISTRIBUTION AND FUNCTIONS OF BACTERIA

Bacteria are widely distributed along the length and breadth of the coffee mountain. In short they are found almost every where. Bacteria are single celled organisms and in spite of their simplicity are highly efficient. Their numbers decline with depth of soil.

A majority of the coffee farmers are unaware that the great majority of bacteria are beneficial and absolutely necessary to convert farm wastes, organic debris and other by products into energy rich compounds needed for plant growth and development. Plants and animals depend on the fertility status of the soil and this in turn is dependent on the activity of soil microorganisms. Plants cannot directly utilize organic compounds such as fatty acids, lipids, carbohydrates and proteins. Microorganisms are a vital link in the mineralization of organic constituents and provide nutrients in the available form for plant growth and development.

Bacterial cells can withstand long periods of drought due to the protective cover around the cell wall known as CAPSULE. The capsule is a slimy or a gelatinous material and encloses either one cell or a group of cells. At times the bacteria make use of the polysaccharides present in the capsule as a source of reserve food material. The capsule enables the bacteria to avoid predation by larger soil microbes and infection from viral strains. In addition to protection, capsules also play an important role in the attachment of bacterial cells to plant or rock surfaces and in the formation of biofilms.

Bacteria are morphologically grouped into three types. Cell structure is a key element in the characterization of bacteria.

Bacterial numbers, their density, type and composition is governed by the environmental Stimulus. The important factors are listed below.

Certain bacteria require specific organic compounds that they are unable to synthesize from simple compounds. Hence they require GROWTH FACTORS classified into one of the following groups.

The dominant groups of bacteria are the heterotrophs but a few genera have photo chromatic pigments enabling them to have photoautotrophic nutrition.

Two main classes of bacteria are the

HETEROTROPHS OR CHEMOORGANOTROPHIC: Bacteria which require preformed an organic nutrient which serves as a source of energy and carbon. 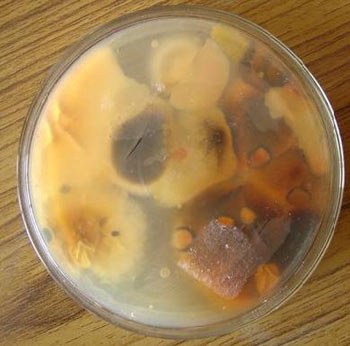 AUTOTROPHIC OR LITHOTROPHIC: Bacteria which obtain their energy from sunlight or by the oxidation of inorganic compounds and their carbon by the assimilation of carbon dioxide.

Autotrophs are further classified as PHOTOAUTOTROPHS OR PHOTOLITHOTROPHS; where energy is derived from sunlight and CHEMOAUTOTROPHS OR CHEMOLITHOTROPHS which obtain their energy from the oxidation of inorganic materials.

ENDOSPORES:
Bacterial communities have developed their own specialized skills to survive the hardships of nature. At times it involves a constant battle where it is not only the survival of the fittest but survival by way of forming alliances with other biotic communities. It involves constant signal exchange between predators and prey, struggles for dominance, defense of territories and many ways to simply survive by the production of spores and endospores which are tolerant to adverse weather conditions.

These structures are resistant to heat, desiccation, high salt concentrations, cold, osmosis and chemicals, compared to the vegetative cells producing them. Endospores are bodies produced within the cells of a considerable number of bacterial species. Sporulation confers protection to the cell whenever the occasion arises. Because of their low rate of metabolism , endospores can survive for a number of years without a source of nutrients. However, when favorable conditions appear, endospores begin to germinate within a few minutes to form a new vegetative cell. 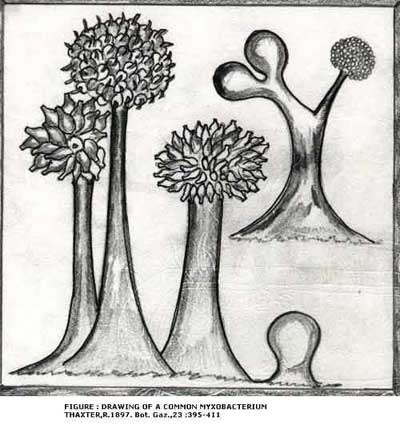 CHEMICAL COMPOSITION OF THE BACTERIAL CELL ON DRY WEIGHT BASIS :

We have had the rare opportunity of isolating thousands of species of soil bacteria during our post graduate studies. Our study included soils from various agro climatic regions of Karnataka. Our results had far reaching consequences. We were able to prove that soils with neutral pH harboured the maximum load of nitrogen fixers and phosphate solubilisers. Different soil types had different species of bacteria but most of them were beneficial and acted as important links in various soil transformations. 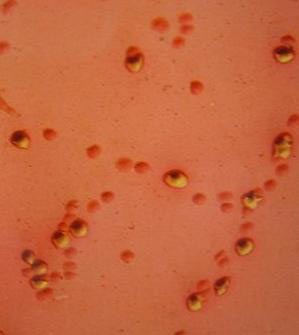 TABLE : ROLE OF BACTERIA IN IMPROVING THE HEALTH OF THE COFFEE PLANTATION.

Shade grown Indian coffee plantations have sustained many generations of farmers because of their resilience in overcoming all odds. The secret behind this success is attributed to the microbial inhabitants. Microorganisms cannot be seen by the naked eye, yet they constitute about one quarter of the biomass-the total weight of living organisms in the world. Animals and plants account for the remainder. In the strict sense, more than 98 % of what we describe as waste inside the farm is valuable food for one or the other group of microorganisms. Bacteria recycle these wastes into power packed energy rich nutrients required for the survival of the coffee bush and its partners. 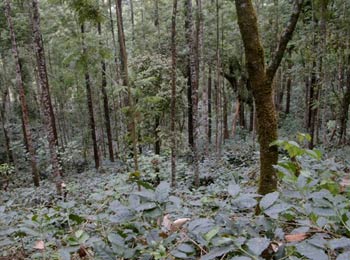 It is very important that the coffee farmer understand the subtle role played by bacteria in the transformation of major elements like nitrogen, sulfur and phosphorus, biodegradation, neutralizing toxic wastes, bio-control agents and a host of other activities. Certain bacteria belonging to the families Thiorhodaceae , Chlorobacteriaceae and Athiorhodaceae contain bacteriochlorophyll and various carotenoids and are also capable of photosynthesis.

Bacterial interactions with the coffee bush and the surrounding flora are known to improve plant growth and productivity. The fertility of the soil is directly dependent on the activity of soil microorganisms. The soil microorganisms mineralize insoluble and indiffusible organic constituents and make them available to plants. The common denominator to assess a healthy soil is the viable number of soil microorganisms.

The shade grown Indian coffee ecosystem is unique in the true sense that it simultaneously achieves the goals of agricultural production in terms of coffee, pepper, citrus, vanilla, areca nut and cardamom production on one hand and the conservation of biodiversity on the other hand. Nothing would be wiser for the world’s coffee producing Nation’s to follow in India’s footsteps and grow coffee under the canopy of trees. There in lies the path to sustainability.

In our humble opinion we strongly feel that only shared prosperity can make the future of this planet secure. At JOE’S SUSTAINABLE FARM we work with ideas that might work or might not work. But in the end analysis, these ideas are the core to the survival of PLANET EARTH.