You are here: Home / Reptiles / Importance of Rat Snakes in Coffee Plantation Ecology

Rat snakes are found in all coffee Agro climatic regions irrespective of variation in elevations ranging from 800 feet MSL to 5500 feet MSL. Among various snake species observed inside coffee forests, the rat snake is the most widely distributed.

The rat snakes live in a variety of habitats and co-exist with other species of reptiles. Since coffee is associated with rice cultivation in the low lying areas or valleys, it is pretty common to find rat snakes inside paddy fields, wet lands, streams or lake bunds. In short rat snakes are well adapted to survive in all coffee growing elevations and live in habitats ranging from rocky hillside of coffee plantations to flat farmland, at the base of the coffee mountain. Prefers semi aquatic conditions during summer months.

The common rat snake is medium sized and can grow up to 12 feet in length.The color varies depending on elevation. Their colour varies from pale browns in dry regions to nearly black in moist forest areas. 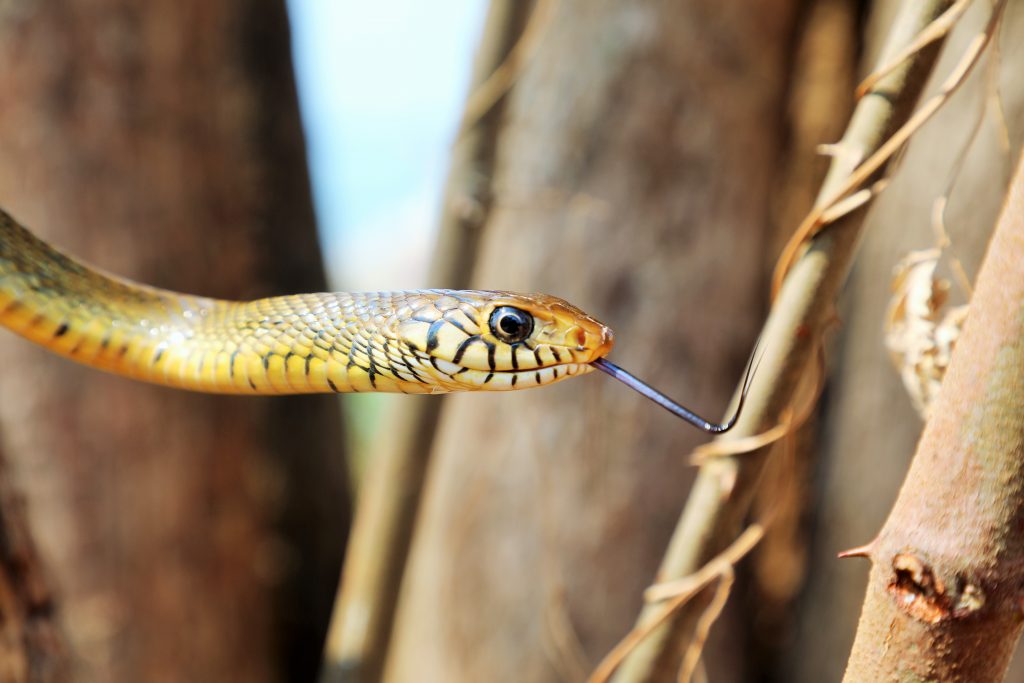 One can observe dark color patterns on the entire dorsal surface. The posterior body is reticulated with black color net like markings. According to the website indiansnakes.org, traditionally people differentiate between Cobra and Rat Snake by accepting Rat Snake to be a snake having head broader than neck or neck thinner than mid body. 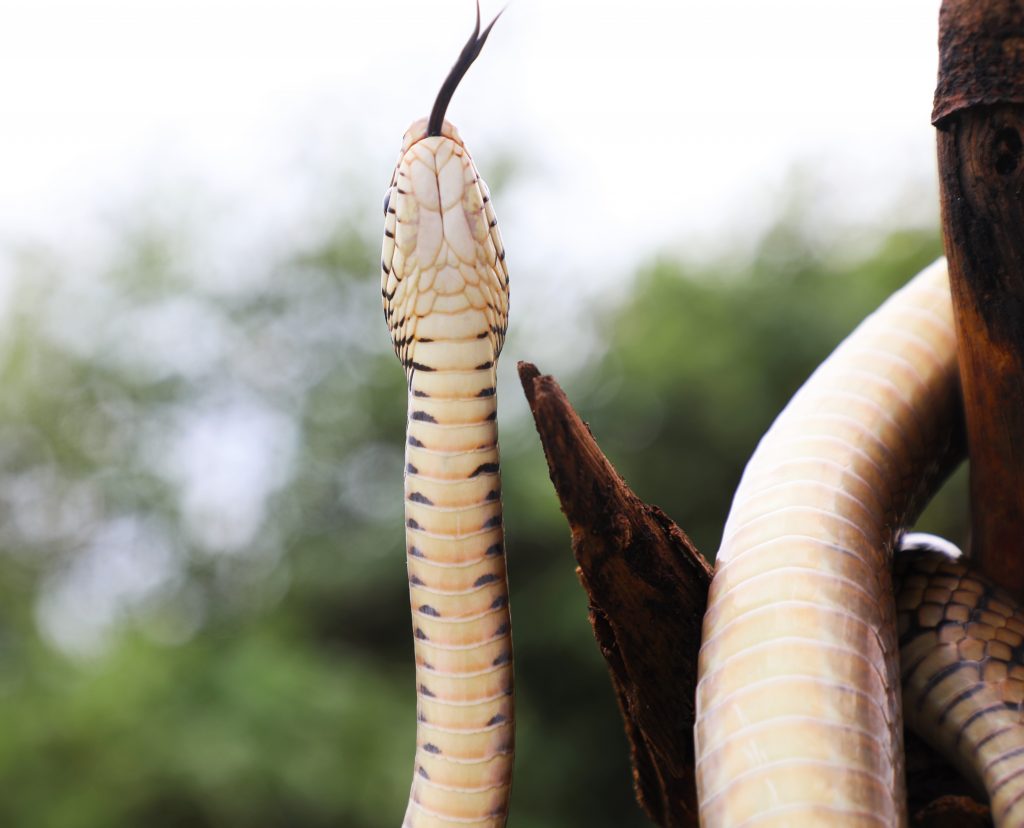 May be a mating dance or Something called a combat dance has been observed in male Rat snakes where the snakes have their tails intertwined, and the rest of their bodies are coiled and twisted.

Like most snakes, rat snakes are egg layers. Female lays up to 30 eggs in mud burrows which are usually close to bushes, thickets and water holes. Egg guarding and incubation is done by female till hatching. The period of incubation is around 60-80 days depending upon weather?

In times of danger, the rat snake immediately starts puffing up.

Rat snakes are known to keep the rodent population under check.

Most of the times rat snakes are killed because people mistake them to be venomous. In earlier times, the skin was used to make belts and purses. Also, the rat snake is the favourite food of King Cobra.Many a times rat snakes are caught from the wild to feed king cobras in zoos .

As per ICUN Least Concern because of the thriving population throughout the Country.

Our work on the ecological aspects of coffee, for over three decades has brought to light a number of interesting facts. Irrespective of Venomous or non-venomous snakes, all snakes inside the coffee forests are extremely well adapted to their habitats. They are important members in the food chain and play a significant role in completing the food web. 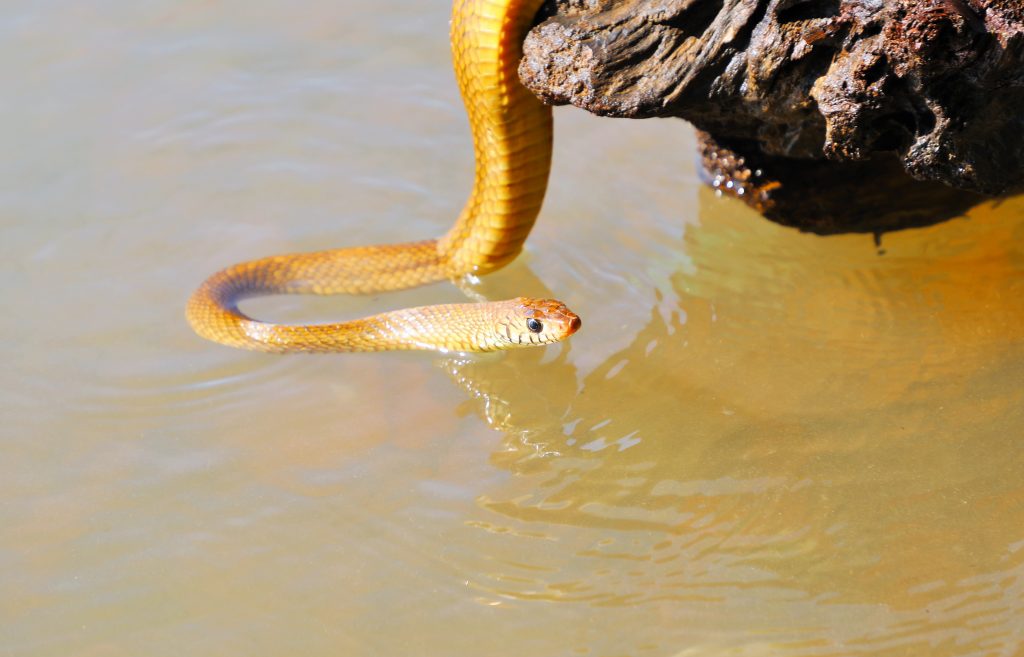 However, in the past decade, the undesirable changes in shade coffee has resulted in large scale changes in land use pattern like Ginger cultivation, felling of trees for sun loving coffee, indiscriminate use of weedicides, pesticides has in effect degraded the coffee ecosystem making survival of reptiles difficult.

We have made an honest attempt to rescue all types of snakes and hold demonstrations on the farm to both the planting community as well as the work force to enlighten them on the need to protect these snakes for the benefit of the entire community.