In search of remedies, number of toxic chemicals was tried out and even today the list of chemicals is ever growing. Chlorinated hydrocarbons, mercury laced compounds, lead, Some of these chemicals were developed in the Western world and directly applied under Indian conditions without screening; resulting in resistance build up.

Over the years the target organism has evolved new races or mutations which are tolerant to more powerful chemicals with inbuilt resistance. Planters never bothered to use pesticides diligently. We are suggesting a simple, yet effective approach of integrated pest management (IPM) in controlling and not eliminating pest and disease incidence. 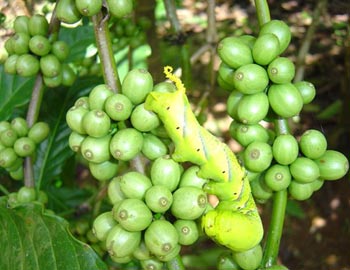 This article simplifies many aspects about microbial inoculants and tries to give an in-depth information on the nature friendly biological system.

Microorganisms can be effectively used as a safe and alternative method in controlling insect pests. Microorganisms that affect insects are termed ENTOMOPATHOGENS. Microbial inoculants or bio agents are Entomogenous microorganisms and or their products that cause pathologies and are usually fatal to their insect hosts.

Almost 1500 insect pathogens have been isolated worldwide but unfortunately less than one per cent has been exploited for commercial value. About 5 or 6 of them have been tried commercially. Their role includes disease initiation in target insects or to suppress harmful insect population directly or in combination with chemical insecticides or pesticides. Entomopathogens multiply in nature if the environment is conducive and cause infections on the target organism. Scientists have proved that microbial inoculants pose little human or environmental damage. 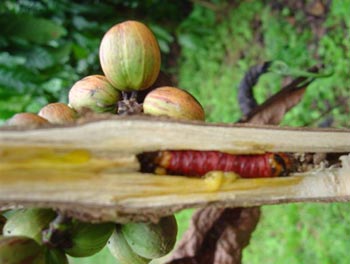 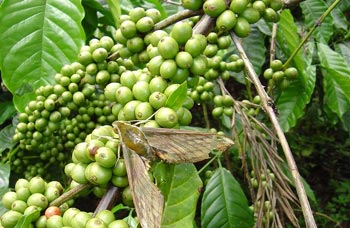 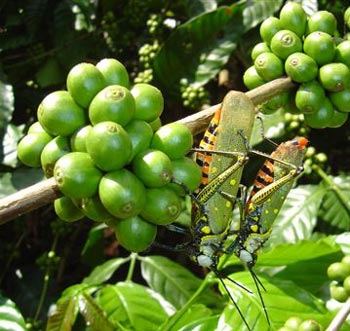 Microbial inoculants can be used in two ways. 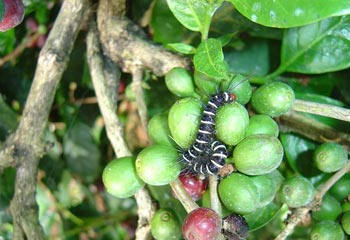 There are approximately 100 species of bacteria pathogenic to insect pests but hardly one per cent among these is used as biocontrol agents. Bacteria belonging to the family Bacillaceae, Lactobacillaceae, Micrococcaceae, Pseudomonadaceae and Enterobacteriaceae are generally found pathogenic to insect hosts. For example the most commonly used Bacteria in biological control of insect pests, Bacillus thuringiensis which is a spore former, was first isolated by a German by name Berliner in 1915 and was subsequently known to control several insect pests. Even today it is known as one of the most virulent bacterial pathogen which kills many larval forms of lepidopterous insects. It affects more than 175 larval species that include some of the most important economic pests. It can also be mixed with a number of commercial insecticidal formulations and is gaining ground in integrated pest management.

There are many other species of bacteria which are used in biological control of insect pests such as Aerobacter aerogenes and Escherichia coli, Bacillus popilliae, Bacillus sphaericus, Bacillus moritai, Bacillus lentimorbus are already used in commercial preparations. These bacteria form a toxic crystal protein which acts as a stomach poison inside the insect host resulting in the quick death of the insect. The above mentioned genus of bacteria attack mostly members of the insect family belonging to Hemiptera, Diptera, Coleoptera and Lepidoptera.

Some species of bacteria in addition to forming toxic spores produce crystalline inclusions within the sporulating cell which aids in killing the target insect. Bacillus popilliae and Bacillus lentimorbus when sprayed in the field invade the insect and gains entry into the blood system. This acts as a good medium for the growth and proliferation of the microorganism. The bacteria sporulates causing imminent death of the insect and once death occurs the bacterial spores are released into the atmosphere and soil and remain there for extended periods of time. These spores may in turn infect newly hatched beetle larvae and in turn infect it. 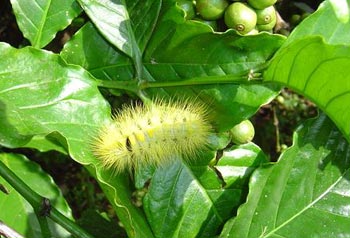 Fungi belonging to the family Deuteromycetes and Entomopthora causes mycosis in insects. More than 800 fungal species comprising of 125 genera have been reported to infect insects. Probing a little deeper into this vast number of fungal species reveals that most harmful pests are associated with one fungi or the other. However, more work needs to be done in developing fungal biocontrol agents. They attack mostly members of the family Hemiptera, Lepidoptera and coleoptera. Approximately 100 genera of fungi are pathogenic to insects. Fungi penetrate the body directly. They invade insect’s body walls and spread in the softer tissues of insect body. Fungi infected insects show a thick mycelial mat covering the entire body of the insect.

In nature the insect may either be exposed to the thick mycelial mat found on plants, leaf or soil or may also be exposed to toxic fungal metabolites either by cuticular contact by ingestion or by injection into the blood stream known as haemocoel.Beauvaria bassiana the white muscardine fungus is a potential bio inoculant against 700 species of insect pests. The green muscardine fungus Metarhizium anisopliae has been reported to effectively control a large number of target organisms. 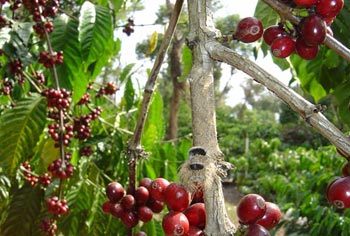 Insect viruses fall into five major groups. They belong to the family Baculoviridae. 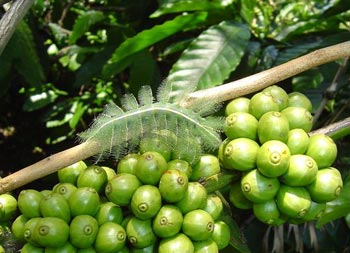 More than 800 viruses have been isolated that target ARTHROPOD insect pests. Since insect viruses are absent in vertebrates and plants, they are safe not only to human beings, but also to no target organisms. Insect viruses are obligate parasites and hence need to be cultured in living hosts. The target pest is reared in the laboratory or factory and mass multiplying the virus by inoculating it. Nucleopolyhedrosis virus is the most commonly used for insect pest control.

When viral biocide is sprayed in the field, the viral particles get attached to the foliage and the insect larvae feed and in turn ingest the polyhedral inclusion bodies (PIB). The pib in turn multiply inside the midgut and bring about larval mortality. These protein crystals are insoluble in water and are produced in geometrical proportions and after killing the insect, get released into the surrounding atmosphere. The crystals can reinfect live insects and retain their infectivity even after long storage outside the living tissue of plants.

Protozoa belonging to the family Nosematidae has shown great promise as a bio inoculant. Approximately 375 species of protozoa have been found to be pathogenic on various harmful insects. Nosema locustae has been tried out in the control of grasshoppers. 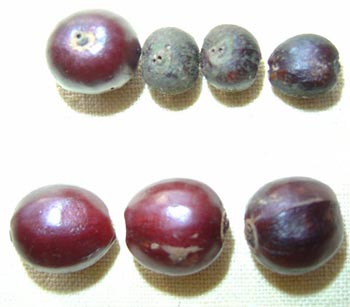 Nematodes parasitic on insects like rootworms, grubs, caterpillars have been recorded from early times.

The two main factors in controlling the disease are by INVASIVENESS AND INITIATION of disease. The site of entry of bio inoculants may be broken or bruised integuments or by feeding habits of the insects or other openings. When attacking any insect the quantity and quality of inoculum is important. In essence the control of the disease depends on the capacity of the microbial inoculum to rapidly establish itself and multiply in large numbers, resulting in severe infection of the pathogen concerned.

The time lag between the entrance of microorganisms into the body of the insect and the incubation period within varies from pathogen to pathogen and insect to insect. Proliferation and disease control are controlled by environmental factors to a large extent and internal host characteristics to a small extent. The mode of action may be due to the production of ENDO or EXO toxins. 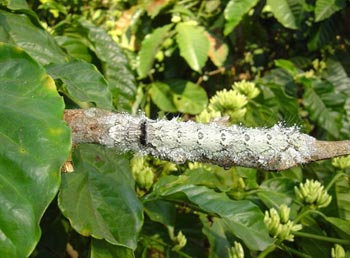 Broadly bioagents which attack insect pests can be classified as follows. 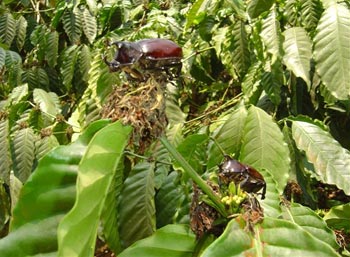 We are certain that mankind has not provided adequate resources in terms of money, research and time in search for naturally occurring or safe alternate methods of pest control. It is simply because our mind is tuned towards shortcuts and profits. The use of bio inoculants or their by products is under exploited. The dangers of chemical poisons are there for all to see, right from water bodies to food chains, all of nature too is affected. Due to the accumulation of toxic metabolites in the air as well as soil system, it will result in creating immunity to dangerous pests.

The genetic population of future generation will be the one, where less susceptible individuals are left to breed. They leave behind untold miseries for the future children of this planet including wild life habitat, birds, fish, mammals etc. Their long term effect on the environment cannot be quantified by scientists sitting in the laboratories. We need a more intelligent way of using chemicals. On the other hand if we can only apply ourselves to the fact that evolution has all the answers to our problems, it will only be a short time before we discover natural agents which will aid in biological control of pests and diseases. This approach will make the world a better place for all to live and share.

MICROBIAL INOCULANTS result in much greater protection for both flora and fauna. It is like a NATURAL system taking place in nature. We do not imply that modern technology should be abandoned. On the contrary we need to focus on INTEGRATED PEST MANAGEMENT which will give us a better hope for tomorrow. This technology has been successfully tried out in many developed countries like the U.S.A., Canada, and Germany where it is used on several agricultural crops, trees and ornamental shrubs. It has been found to be economically viable and most importantly environment friendly. Microbial inoculants open up a world of opportunities. They create living spaces which bring about harmony in nature. We are blessed people to live on this bio diverse rich planet. 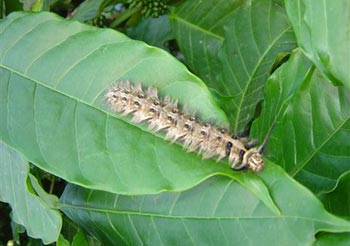 Duffy, B. K., A. Simon, and D.M. Weller. 1996. Combinations of Trichoderma koningii with fluorescent pseudomonads for control of take -all on wheat. Phytopathology 86 : 188-194.