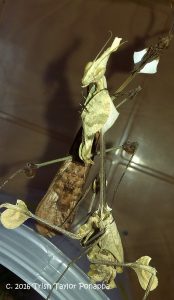 Every day, planters and employees walk among the various coffee bushes, shade trees, and other wild plants that grow within an eco-friendly coffee estate.  Thousands (probably) of small creatures live and exist in all these bushes, trees and plants, and go unnoticed by the average person and large animal every single day.  Behavior and natural […] 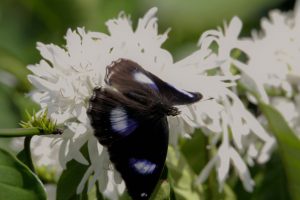 Flowering in coffee is a spectacle to be experienced. During coffee blossom one can witness thousands of acres bedecked with white flowers, emanating a beautiful scent with the dancing of honeybees and butterflies. The entire flora in the region assumes a white hue as the coffee flowers overpower every other color. It is like the […] 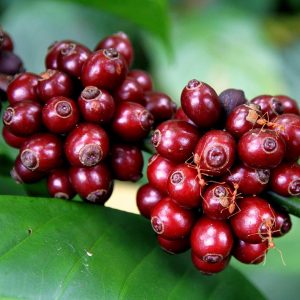 It is a well-established fact that in all terrestrial ecosystems, insects are one of the most important and diverse components but are often neglected, despite the fact that they possess an amazing diversity in size, form and behaviour. Insects range in size from less than a millimetre to over 18 centimetres in length. Before understanding […] 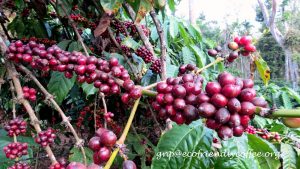 There is overwhelming evidence provided by scientists worldwide on the significant role played by insect pollinators, honey bees mainly, in enhancing crop production and conservation of biological diversity. This is especially true for shade grown ecofriendly Indian Coffee. The worldwide economic value of the pollination service provided by biological pollinators is in the range of […] 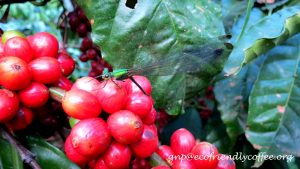 We have often tried to stimulate the imagination of both the Planting Community as well as the Scientific Community by writing a series of articles on various topics which includes Biodiversity, Plant health and Nutrition, Ecosystem conservation, Mechanization, Composting, Soil health and Water conservation that has a direct bearing on Eco-friendly Shade Coffee. This particular […] 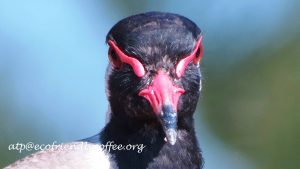 Lapwings are one of the most striking birds inside Ecofriendly Shade Coffee because  of their distinct large eyes and a red flashy wattle in front of each eye. Males and females are similar in plumage. These birds are usually found in pairs, in almost all Agro climatic Zones of coffee, but many pairs can be […]